Rebeca loves to be busy in the church. She helps organize and prepare church every Sunday, is active in study groups during the week, and even attends bible study groups in her neighbourhood.

Rebeca understands the need for fellowship between all believers and pursues that whole heartedly. Rebeca loves to spread the good news of God’s love for Malony to anyone she sees.

Rebeca is married and has four children and runs the household. Although she is always busy running around and cooking, she always has joy in her step and a smile on her face. Nothing can take the joy and Peace that she found in Jesus, not even a busy schedule.

Rebeca first heard about Jesus, (and IDAT,) in 2011. At that time, Pastor Santino would often come and teach bible stories to the people waiting to be seen at the clinic that IDAT would set up under a large tree in Malony during the dry season. Soon after, Santino started coming to Maloney regularly (his home of origin,) making home visits, and many in Malony soon heard his message. Rebeca was one of those, and after a few months, the Gospel message about having a new life, that would free her from some of the problems of the old, sinful life, “began to make sense.” She started talking to her husband about joining the newly forming CC Malony, but there was much competition: the witch doctors who traditionally always had influence on the people via a combination of fear, intimidation, power, and historically being the only place to turn for illness. In addition, the Catholic church had a small congregation and gave out free food, as well as assorted other distractions including itinerant preachers that periodically appeared, whose ultimate goal was usually money, or a wife, or worse, and who usually preferred plying their trade on women, especially if they could get them alone.

Against this backdrop, Rebeca convinced her husband to come and hear Santino, and he soon also agreed that his message, “made sense.”

Rebeca also states that the traditional treatment of children, especially when ill, (i.e. “take ‘em to the witch doctor.”) had troubled her for a long time. A witch doctor was always costly, scary to both child, and parent, and often resulted in unintended costs, i.e. curses, the onset of “bad luck,” and other spiritual or physical costs. In addition, the witch doctors showed no compassion for child or parent, no matter the circumstances.

This was in contrast to the (IDAT) messengers of the gospel, who were loving and compassionate, accepted no payments, and gave freely of their time and labors, stating that they served a God who was similarly loving, kind, and often wrought miracles. The fact that most of the kids got better, naturally spoke very loudly as well.

A few years after Rebeca accepted Jesus, her own daughter became ill and became unresponsive for well over an hour. The child was prayed for and treated by Dr. Tom, and after an hour and a half, became awake, and has been healthy since, although she is hard of hearing. This event was accepted by the community as a miracle, and resulted in many new members for the church. 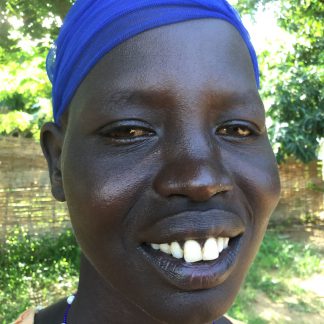