Martin Goi is the assistance pastor of Calvary Chapel Bobi, South Sudan. He began serving pastorally 3 years ago as an assistant pastor.

Martin has a strong faith in God, and like Pascualo, wants to see spiritual growth spread throughout Bobi and all South Sudan.

Though he had a challenging past couple of years, his faith has held strong and his family have grown closer since that tragedy of losing his father.

Martin pours himself out for his village, and family. He is dedicated to his Mother, sibling, and nieces and nephews. His love for them is evident in the way he wants them to have the best not just food and shelter but in Jesus Christ.

Martin is married and has 3 children, but sadly one passed away.

Martin started going to church in 1999. He was at that time finishing (high) school, and he decided to go with friends to buy a charm or icon from the local witch doctor that would help him succeed in school and do well on the exams However, on the way home, he was struck by a falling tree—in fact was trapped under the tree for a period of hours, as he was at this point alone. He struggled to free himself, and prayed, and eventually was able to free himself. He says he came back, and went to church praising God, but then God convicted him that it was time to truly repent, and turn from his old life and start a new life to Christ.

In 2013, Martin’s father became extremely ill, visited one or more doctors and came to the local Catholic hospital, all all whom provided various treatments. His father was aware of IDAT, and finally decided to come to the IDAT Clinic who both provided treatment AND prayed for him. That night he noted many changes in his condition, and morning was healed! Both Martin and his Dad now actively supported IDAT, and in 2014, Martin began working with both IDAT, and its CHE outreach. 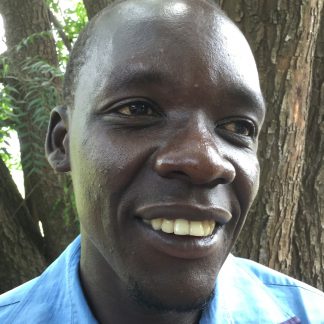