Joseph Kuol is the assistant pastor of Calvary Chapel Tonj in Tonj, South Sudan. He came to Christ when he was 15 years old and has been serving pastorally for 3 years now.

As assistant pastor, Joseph plays an active role in men’s bible study and youth group. Joseph is also a chaplain for the medical clinic, offering counselling and hope as needed.

Joseph has been married to Monica for 20 years, and they have eight children.

Joseph learned about Jesus in 1994 when old Sudan was at war, and learned that Jesus died on the cross, wiping our sins away. He got baptized in Rumbek, Baraguoch. God protected him, even when he was shot in a cattle camp: missionaries took him to a hospital in Nairobi. Once, Joseph’s wife was deathly ill in Wau, and he was praying to God to save her as he had been saved. God did not leave either of them to die, and now they want to do His work. His 8yr old daughter had convulsions and was brought to IDAT, where they immediately treated her, and she eventually recovered. God has blessed his family. 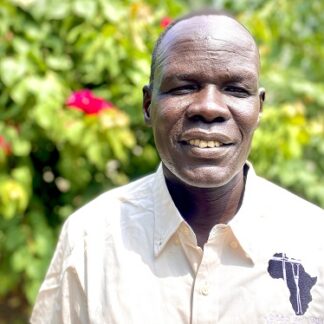