Daniel is married with two children.  He is the pastor of CC Kuanyja. He was originally attending a catholic church. He was frustrated that no one was teaching him the bible and people were still involved in witchcraft. He started seeking God and then due to tribal fighting was displaced and settled in Kuanyja. Pastors and CHE’s from IDAT were preaching in Kuanyja and he heard the true gospel for the first time and realized he had been living in darkness all this time. He gave his life to Christ. When IDAT planted a church in Kuanyja he began serving passionately as an assistant pastor. Today he is overseeing the church and part of the pastoral team. 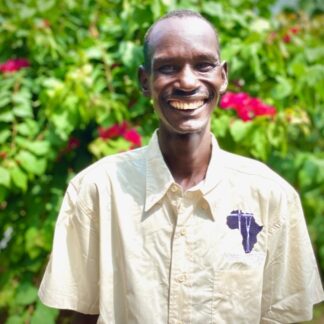