Pastor Muordek is one of the elders of CC Tonj, because of his grasp of the Arabic langouge Pastor Muordek is focusing on the Arabic speaking members of our church. He is one of the good  bible teachers of the word among our elders, he lead bible studies and we are planing for him to lead our Arabic service in the near future. He is also part of the pastors team that will lead teaching in the village churches to ground believers in their knowldfge of the word of God.

Muordek’s experience from his government work in the past helped the church in how to deal with the Tonj state policies specially in relationship with outreaches and planting new churches in Tonj town and the villages around Tonj. The name “Muordek” is translated, “Let the bull run free.”

Muordek is from Tonj, but was trapped in Khartoum at the outset of Sudan’s civil war and was therefore raised tor much of his yourh in Khartoun by relatives. He was blessed, in that he entered university there and was therefore exempted from the draft and therefore did not face the dilemma of either leaving the country, or fighting his family and homeland in the South, as part of the Sudanese military. He completed a 4 year degree and when peace returned, moved to Warrup to work in the new government. When Tonj sate was formed, He move to Tonj to help his own people.

Pastor Muordek is passionate about the Lord Jesus, and want to see his people accept Jesus as Lord and grow spiritually and move out of dark practices that is devistating the community of Tonj like triblism cattle raiding and violence, he believe teaching the word of God will do that.

Muordek grew up in a family of believers and attended the Brethren church in Khartoum, during his 18+ year residence there. He also worked in the lab at Swiss Medical Services, where he first met pastor Ruben.

Muordek also made the comment during our interview, that there where 2 episodes of persecution Christians in Khartoum, while he was living there. Both episodes resulted in significant INCREASES in the believers numbers of all the Christian congregations. 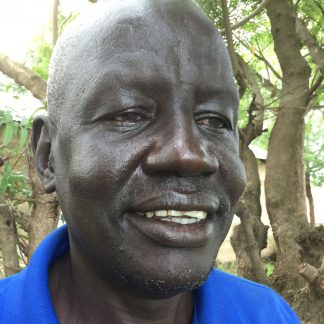